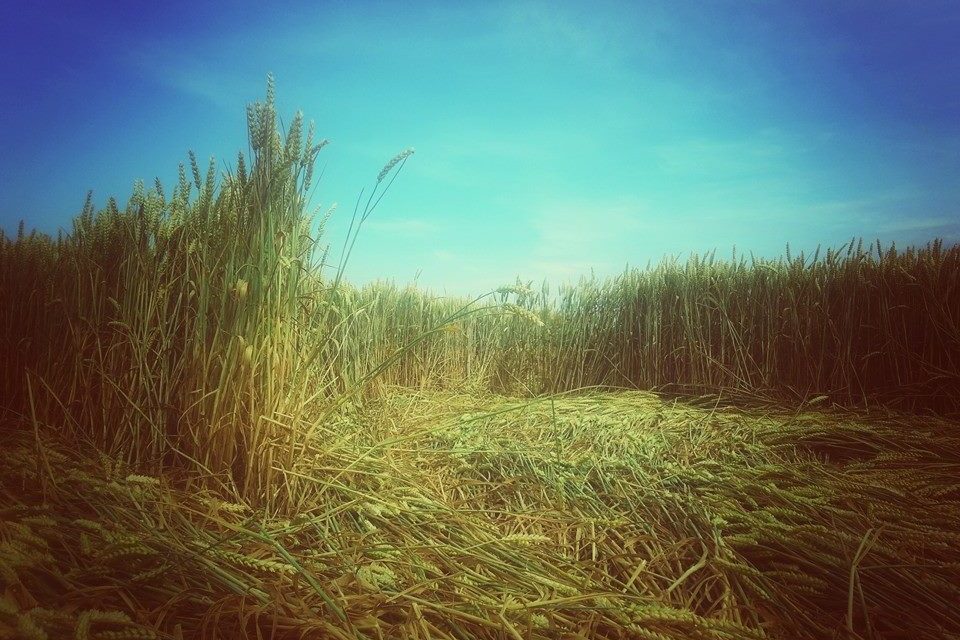 Northern Wiltshire town Malmesbury is hardly renown for its proximity to the crop circle phenomenon. Even so, the past few years have brought a few formations to its doorstep. On 8 July 2014 the nearby village of Charlton was visited by the circle makers on Tetbury Lane. The formation consisted of a ‘tripod of small triangles inside a broken triangle which in turn is surrounded by a broken circle.’

The circle is notable for the UFO sighting featured in 21 July’s Western Daily Press. The story states

A woman says she has been left ‘freaked right out’ after she saw a strange light in the sky — then heard that not only had a friend seen it too, and photographed it, but that a mysterious crop circle had been discovered the following morning.

Jo Webb said she and her friend Lisa Wilcox were returning home to Malmesbury from an evening trip to Cirencester on the first Monday night of July, when she saw a strange light in the sky.

“I was driving and I spotted a bright orange light in the sky to the right at an angle of 45 degrees,” she said. “We were driving down the A429 just approaching the Charlton Park Estate and it was away to the south west . . .

“I found a YouTube video of the crop circle and posted it on Facebook, and said I had seen a light in the sky that night, and to my amazement, a friend of mine had not only seen the same light that night, but also took a photograph of it,” she said.

“I don’t know what it was, I couldn’t think what it could’ve been. It wasn’t a plane or helicopter, some people have said it could’ve been a flare, but it didn’t look like one and the picture my friend posted show[ed] a defined shape to it.”

With nothing better to do on a warm weekday morning I took myself off to visit the circle. It took a little while to find it, being extremely difficult to spot from the lane. It was a perfectly understated location away from houses, traffic and other people. Just peace.

Inside, I spent two and a half lazy hours doing very little beyond soaking up the atmosphere, listening to sound of birds, watching the sky, examining the crop lay and taking a few photographs. At one point two deer cut through the wheat and into the circle. Seeing me they turned right around and fled.

It later transpired, through a post on the Crop Circle Connector that the farmer didn’t want visitors. At the time I wasn’t too know this, so I hope he or she will accept my belated apology. 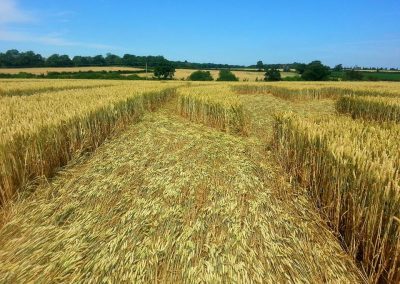 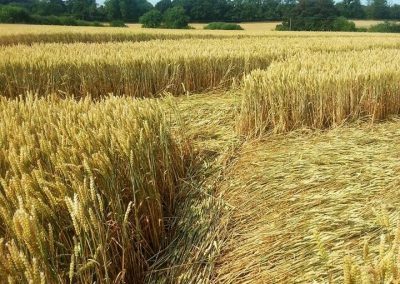 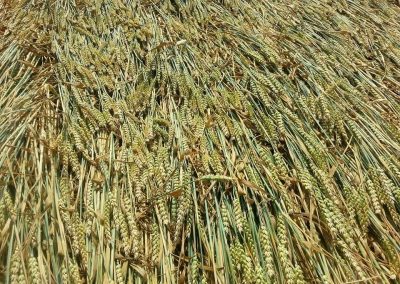 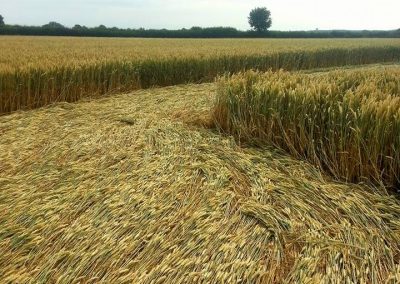 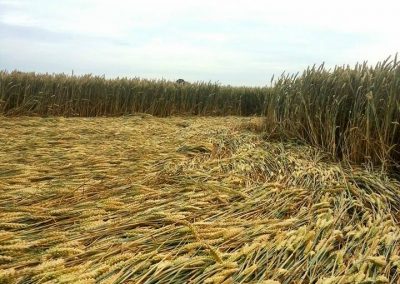 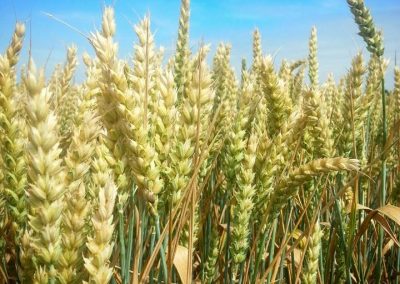 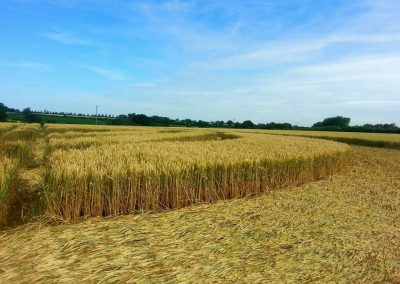 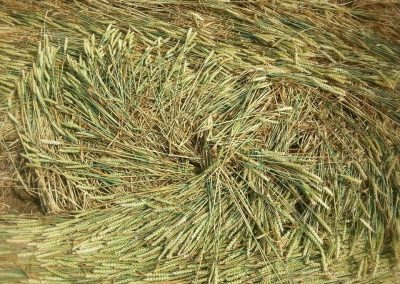 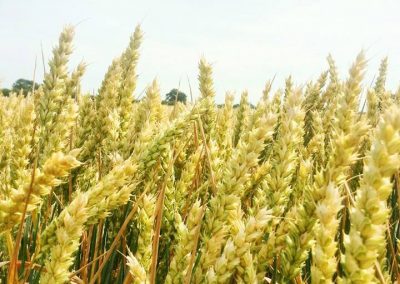 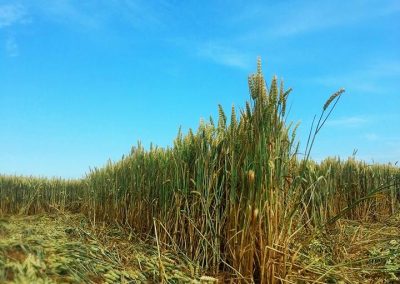 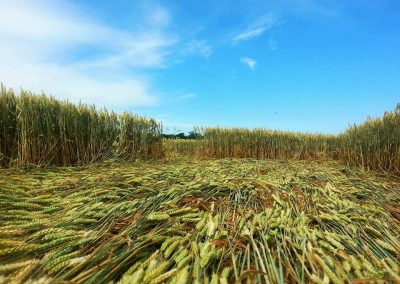 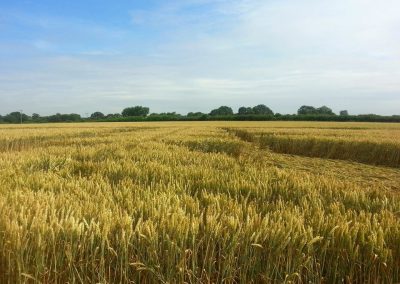 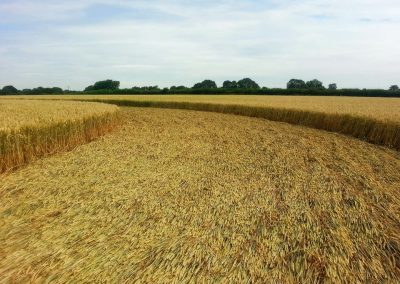 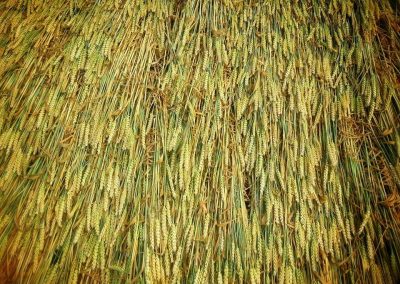 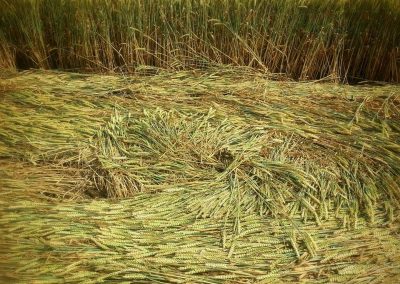 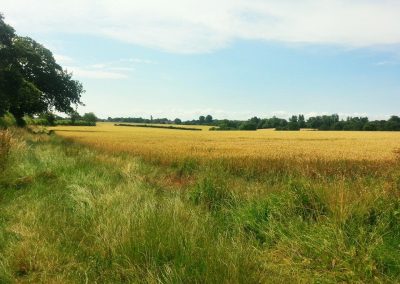 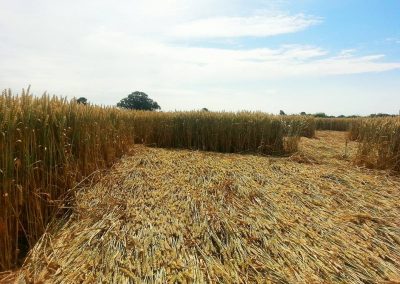 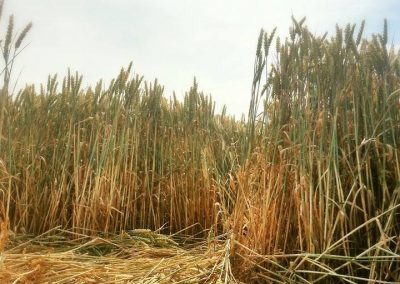 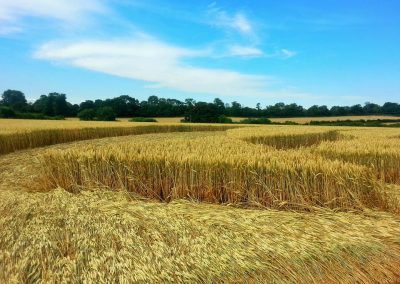 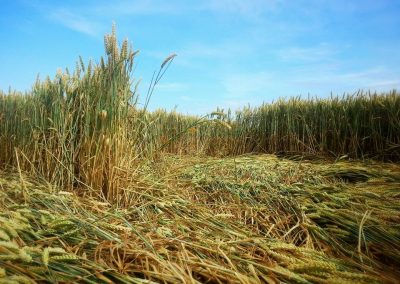 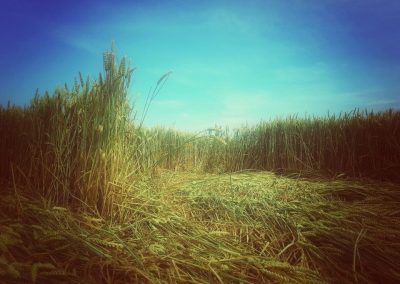 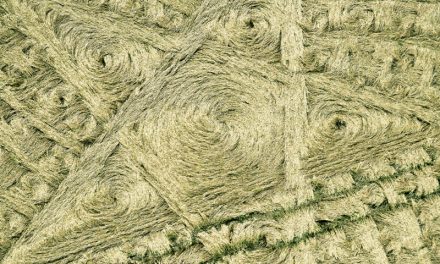 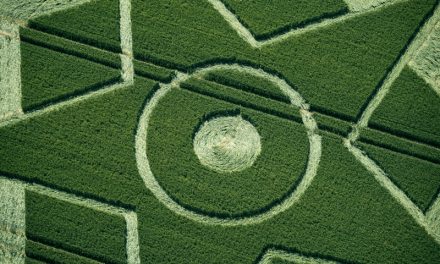 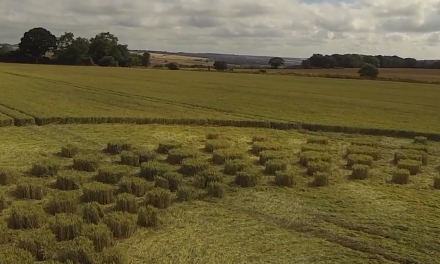