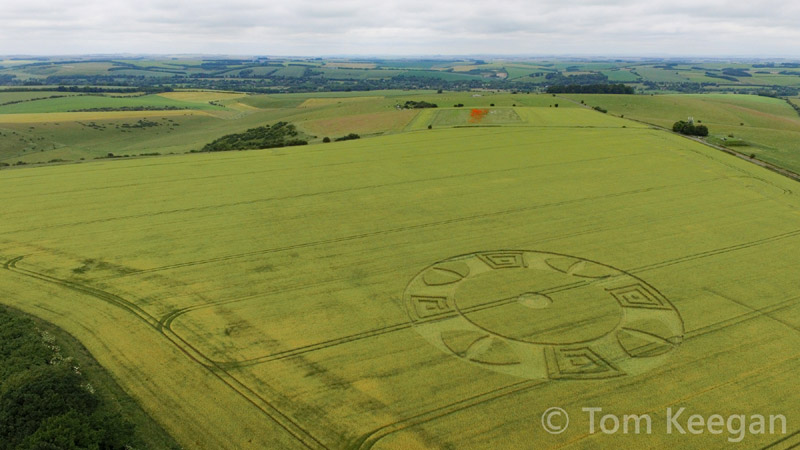 A hoaxed crop circle. There’s nothing more unedifying than known circle makers teasing the world with the location of their work. Then again, that’s not strictly true. Equally as questionable are the administrators of Report A Crop Circle Formation accusing those same circle makers of producing the formation under the instructions of photographer Steve Alexander. (You know, just as The Croppie predicted before the start of the season.)

The circle in question appeared at Ox Drove, Wylye in Wiltshire some time around 16 June and was publicised through the snappily titled Clandestine Esoterical Mysterious Universe Facebook group. Like a poor man’s Sphinx, the admin invited readers to solve a riddle and be rewarded with the seemingly unfinished circle’s location. 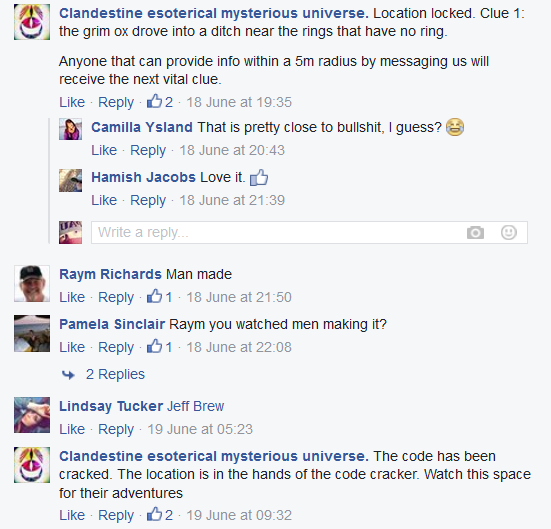 Come play the game … a team of circle makers manage to turn themselves into bonafide hoaxers and kill their creation.

Really, what is the point of spending all that time making a crop circle then destroying its magic? Is it all about these people wanting to gain some kind of recognition as jokey artists? All they’ve succeeded in doing is turning themselves into true hoaxers: making a circle and near enough admitting they’re responsible.

Over on Report A Crop Circle Formation the circle’s appearance was greeted with an unsurprisingly negative response. Not to let personal disputes get in the way of a serious issue, the admin proceeded to make his feelings towards the circle makers and photographer Steve Alexander all too clear. 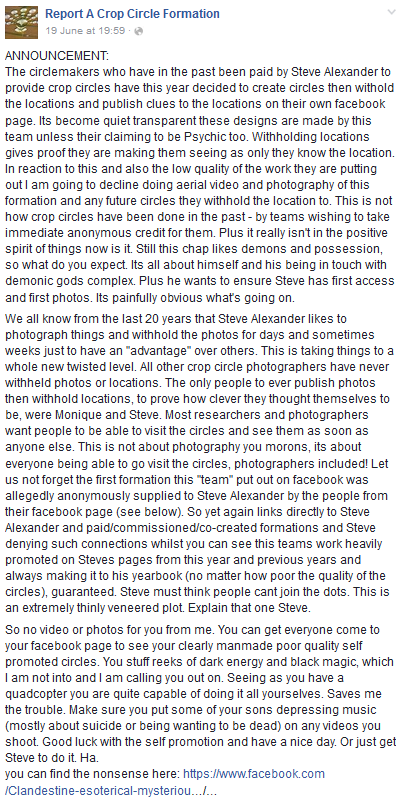 It’s always good to make accusations that circle makers are being paid by photographers, especially when there seems to be absolutely no evidence to support your claims.

The administrator of RACCF went on to make an astonishing, but true, allegation: the hoaxers have killed their circle. See the following screen capture: 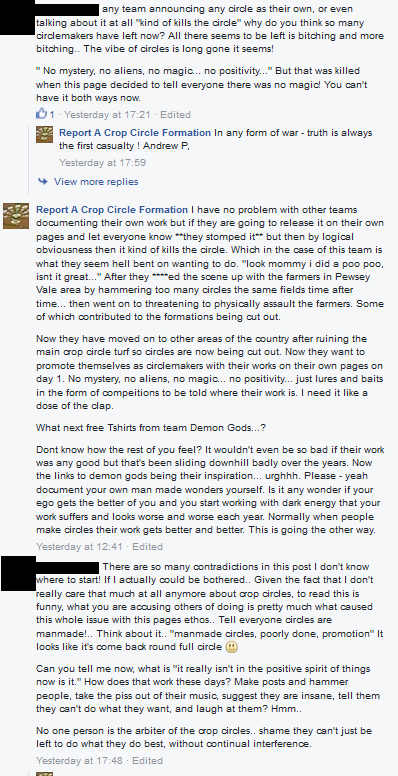 Unfortunately, this is nothing more than the pot calling the kettle black. Let us not forget the page admin is a person who has publicly admitted his involvement in the creation of a substantial number of crop circles. He has also facilitated other circle makers to do the same via the now defunct Circlemakers TV show. As noble as it is to talk of how crop circles are ruined, it should at least set a precedent for that individual to follow. However, as observed by one contributor to the Facebook discussion, Report A Crop Circle Formation is the page that has contributed to the slow demise of the phenomenon. It has consistently attacked the mystery and sustained a never ceasing beat that endlessly repeats ‘all … man … made … all … man … made’. 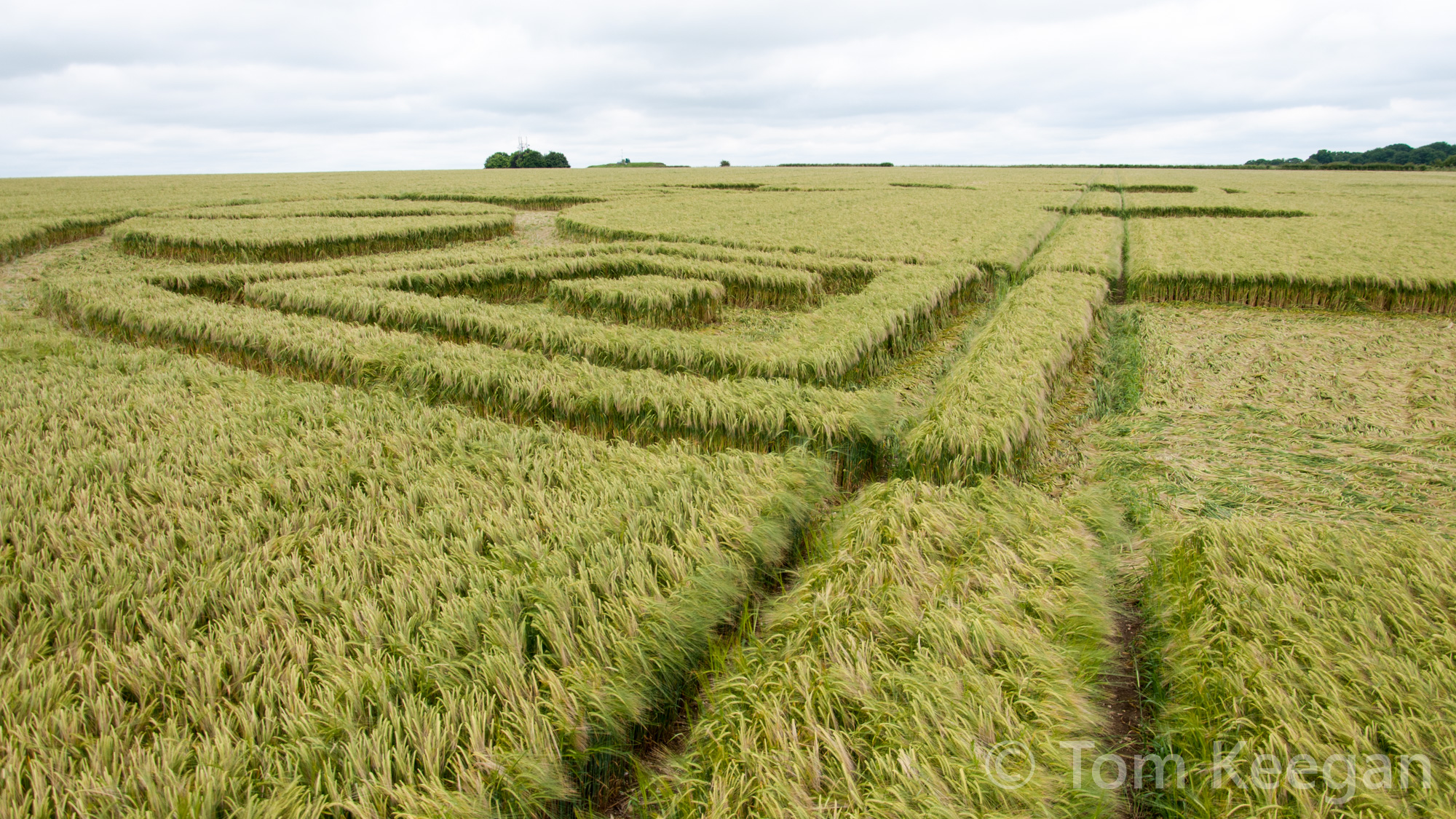 Detail from the crop circle. Photograph by Tom Keegan.

Oh, if you’re still interested in the crop circle, Tom Keegan captured some wonderful photographs during his visit; two of which are featured on this page. You can click here to see more on Tom’s Flickr page. 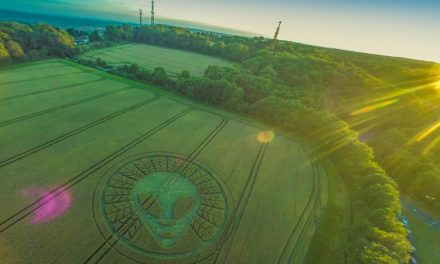 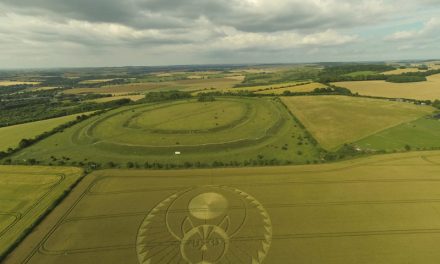 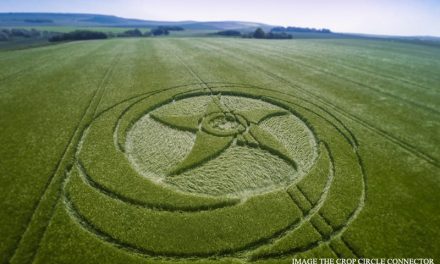 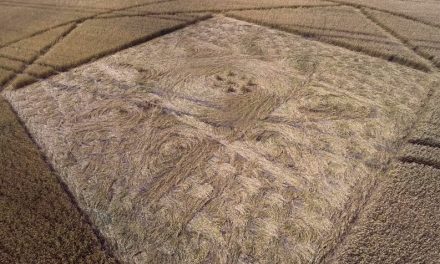