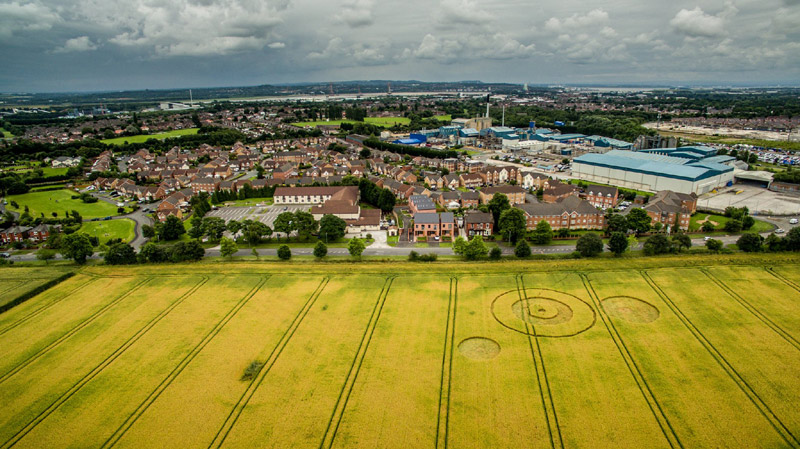 Best known for its industry, Rugby League club and being to the south east of Liverpool, the Lancashire town of Widnes is far to the north of the green, rolling landscapes of Hampshire and Wiltshire. On 7 July it became home to a crop circle. Unusually, the circle has been constructed in oats.

The whole episode smells, crop circle included. The report to the Crop Circle Connector, made by Chris Pearson, suggests of someone trying too hard.

Story:  Was woken in the early hours – it was dark – there was a loud noise outside that woke me – got up – looked out of the window.  I am on the first floor – outside is a garden – then a road – then a large field with a crop – not sure which crop – just turning brown.

The noise was like a huge leaf-blower … very loud – it woke me.  There was also flashing orange lights. I was half asleep and assumed it was council vans/trucks … felt annoyed that they were blowing leaves or cutting grass at this time of night.  Closed the window to insulate the noise … pulled the blind .. went back to bed and sleep.

It was the next morning when I was looking out of the window at breakfast that I noticed part of a crop circle in the field opposite – it definitely wasn’t there the day before as I always sit there and look out.  There appears to be at least 2 sets of concentric circles.  The only access to the field is from the far end.

I maybe was mistaken about the lights being council vehicles .. or it may have been a coincidence. Maybe they were not vehicles at all. I really don’t know – I was half asleep and feeling annoyed. But it was very loud and the next day there was were circles.

Just wanted to report it …

If the report isn’t enough, the photograph at the top of this page was sent to the Crop Circle Connector by one Steven Samosa!

Finally, check out the video and its old school stomper: 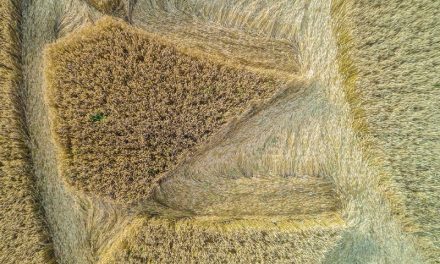 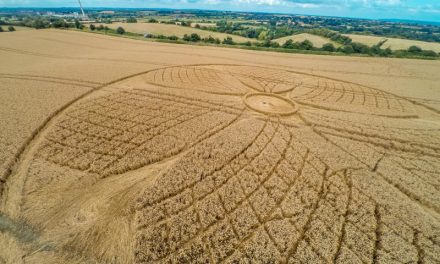 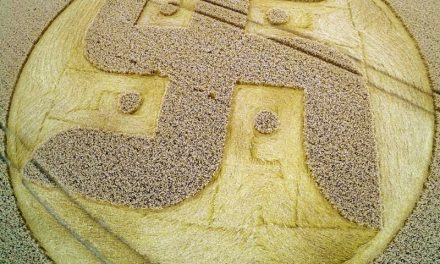 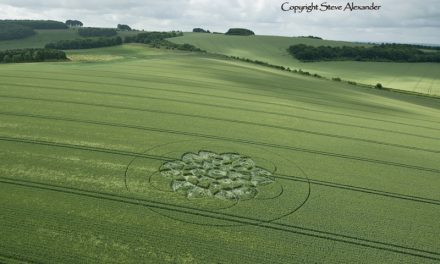