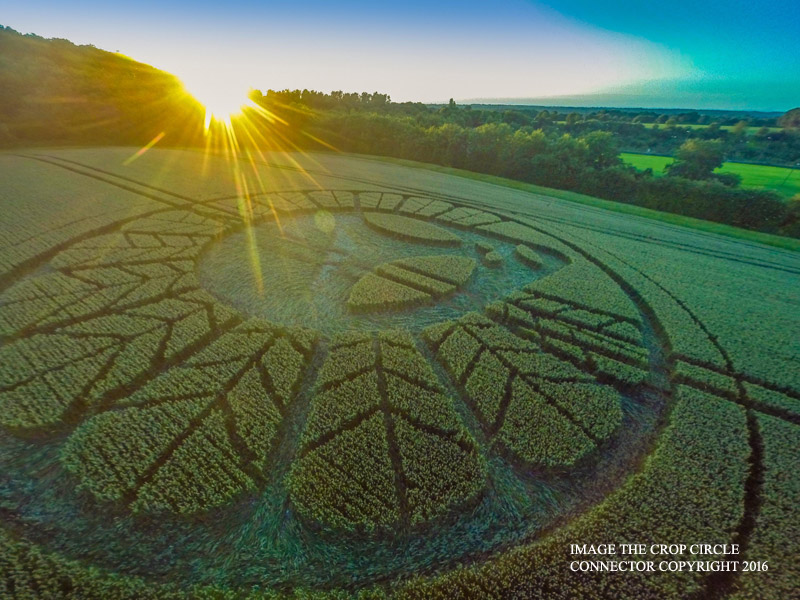 Crop circles aren’t enjoyable for everyone. The Croppie feels for the farmers whose land is targeted by the circle making force. On this occasion it’s the farmers on Reigate Hill, Surrey, who have been upset by the recent appearance of the ‘grey alien’ circle. Heaven help us if there is a national biscuit and bread shortage!

A ‘crop circle’ on Reigate Hill has caused hundreds of pounds worth of damage according to a farmer who works on the land and has caused the loss of premium wheat to sell to Hovis to make bread.

A worker at the farm have told the Mirror that they are “devastated” about the vandalism of their crops that have taken months to grow.

A crop circle of an alien head surrounded by a circle of feathers was spotted off the A217 at junction 8 of the M25 on Thursday. Our photographer David Cook went down to the field yesterday and took images of the design to confirm it was there.

Rachel McMaster, 24, works at the farm, said: “We are all so devastated about it. Last year one of our fields had a crop circle and it cost us hundreds of pounds worth of damage. We spend months sowing and tending to the fields and it was all gone in a moment.

“We are going through really hard times. We are dairy and arable farmers and our dairy hasn’t been doing very well this year so we are relying on our arable trade.”

Miss McMaster added: “It is hard enough as it is without people destroying our crops and now everyone and their dogs will be coming to our field to see the crop circle is going to make things worse – this is criminal damage.”

Photos of the crop circle were circulated online and since its discovery photographers have flown drones and a helicopter over the site.

Our photographer, David Cook, also spotted someone “meditating” at the centre of the circle on Friday evening.

Miss McMaster told the Mirror that the pattern in the field destroyed premium wheat that would have been sold to Hovis to make bread.

“I hope whoever did this doesn’t eat bread or biscuits.” Miss McMaster said. “The field is filled with premium wheat and we would have sent it to Hovis. We can’t just pick up the crops that have been thrown on the floor- it won’t be combined.

“In farming we have to put so much money and investment in making things and we are going to lose so much. My boyfriend has been working on this for a year and it’s his baby. He’s taken it from a seed and he has kept it fertilized and growing strong. Now somebody has defaced his hard work.”

Her boyfriend Robert Awbery posted on Facebook: “I feel sick! I’ve spent months tending to this field of wheat. Then someone comes to trash it.” 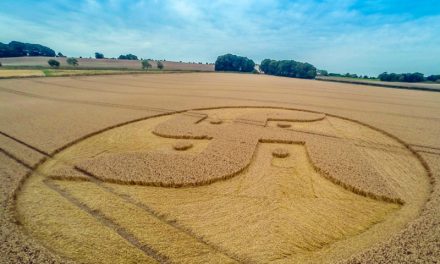 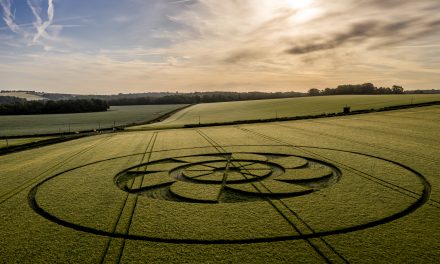 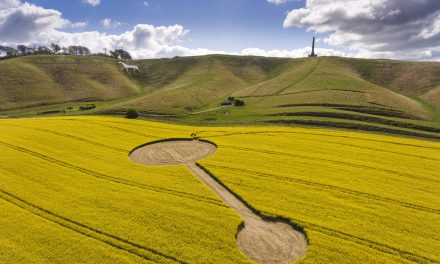