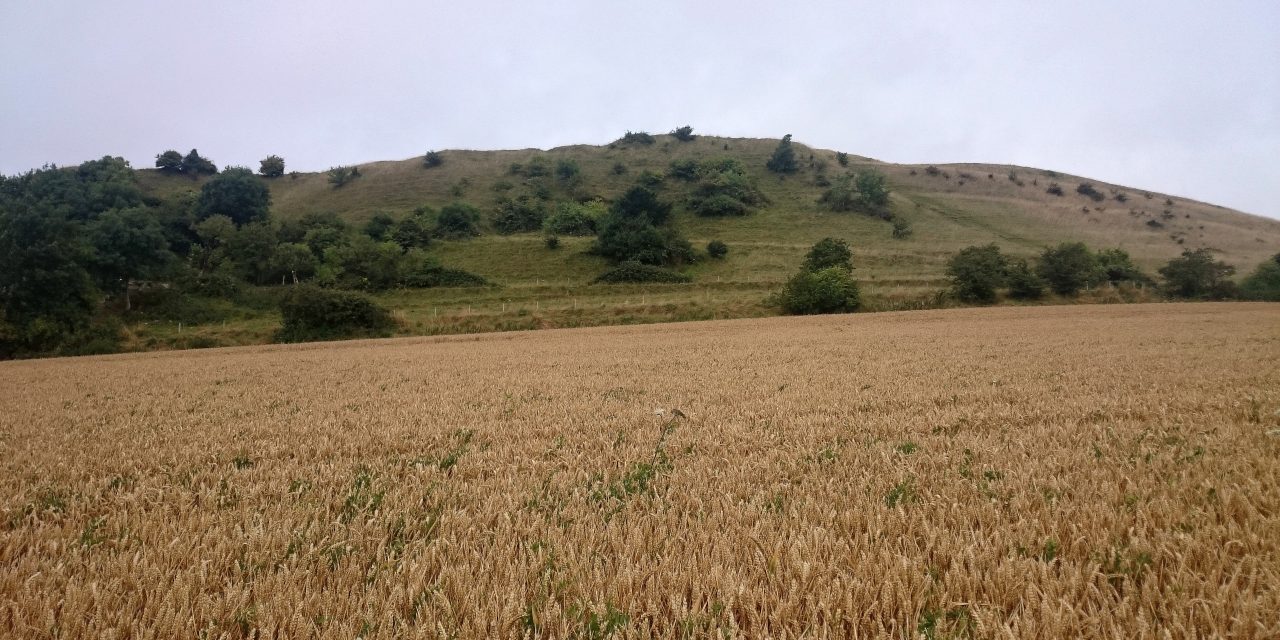 Three circles really caught the eye of The Croppie in 2016. One is the biggest seen in a long time, two are stunningly elegant and minimalist in their construction. Here they are, in no particular order… 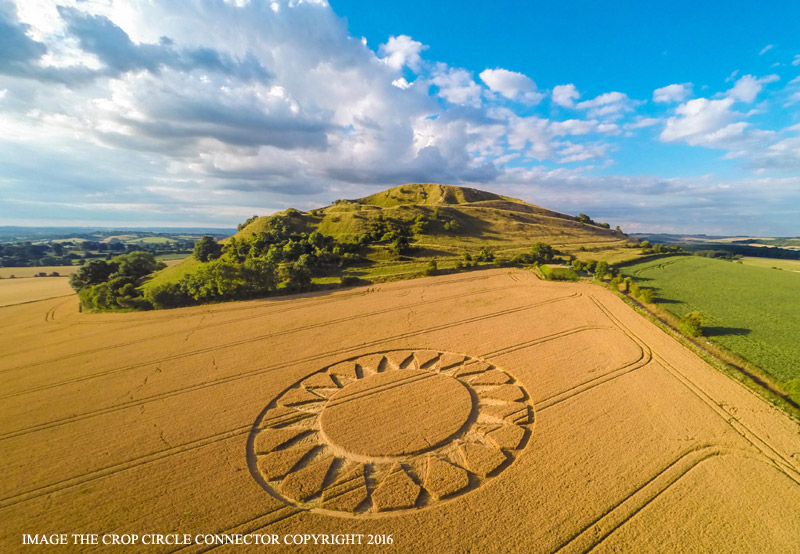 Warminster has a long association with crop circles and the UFO phenomenon. The latter began in 1966 when the town was gripped by a succession of strange events and sightings. Cradle Hill was a favourite for sky watchers, although the landmark of Cley Hill was also a popular destination.

The 2016 circle on the bottom slopes of Cley Hill features no more than two rings. Between them is a series of twelve diamonds. That’s all. It poses a big question, though; namely, how was it constructed given that its centre is fully standing. This is an echo of the incredible circle that briefly slotted into the landscape at Crooked Soley in 2002. 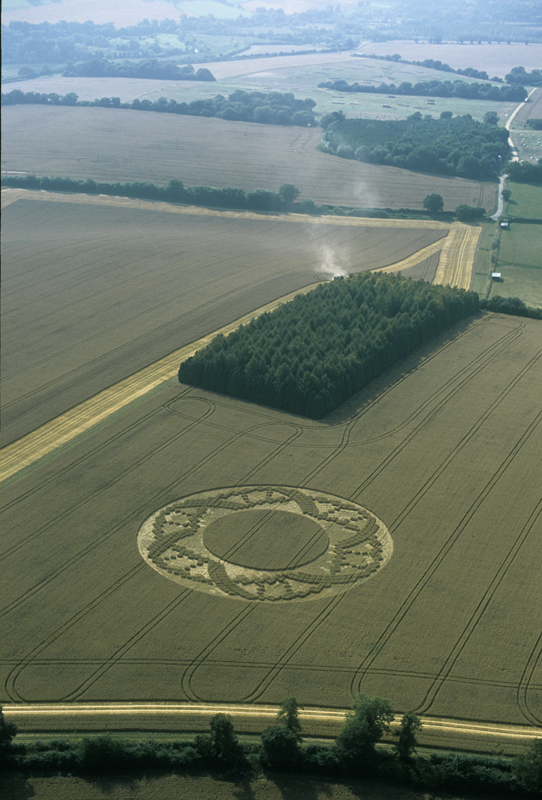 The incredible Crooked Soley crop circle from the end of the 2002 season. Note the standing centre. Photograph by Steve Alexander / Temporary Temples

Sadly, visitors to Cley Hill saw fit to trail through the standing centre in what The Croppie assumes to be an unsuccessful attempt to locate signs of human footprints. 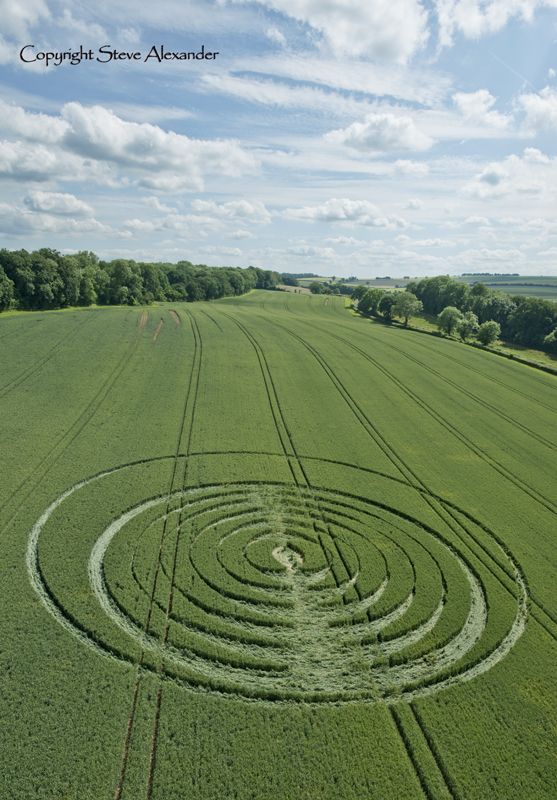 Not too far from the crop circles’ historic home of Winchester, this beautiful formation is made from a succession of vesica piscis motifs. It’s certainly the winner of the award for the most under appreciated formation of 2016. It’s what a crop circle should be … silent, unobtrusive and attractive. 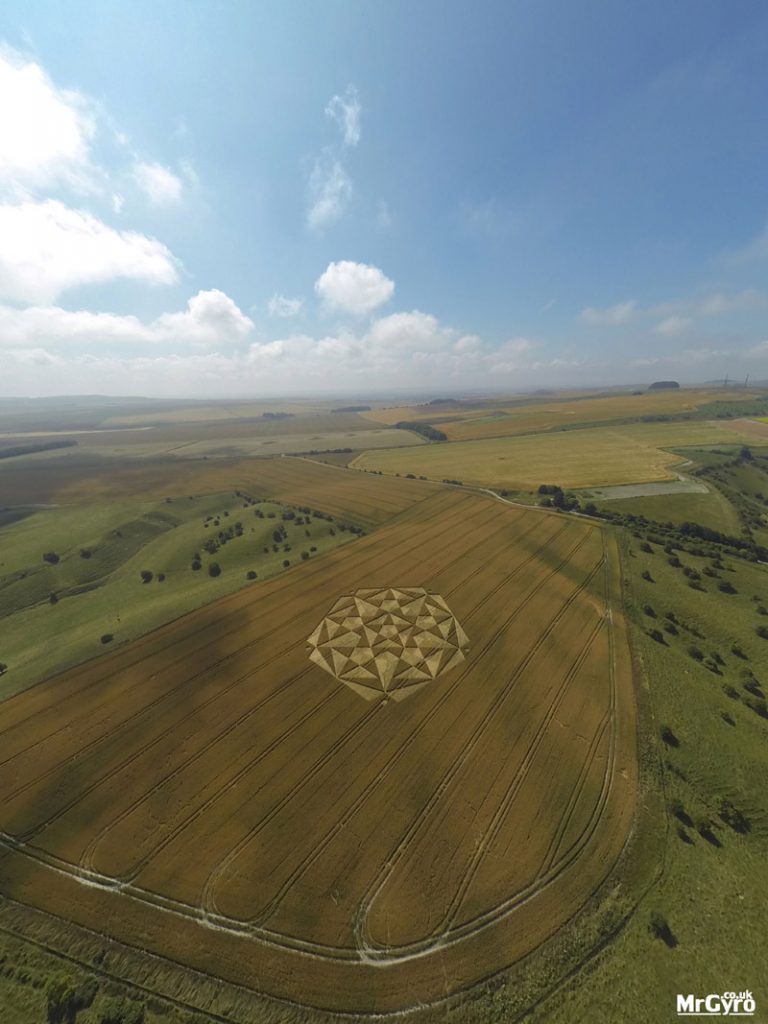 This image reveals the size of this wonderful formation. Photograph courtesy of Mr Gyro.

Visitors to the Lansdowne Monument above Cherhill were stunned by the excellent views of this huge circle based upon five fold geometry. The formation’s perimeter is particularly impressive. We haven’t seen anything this large for quite some time. Perhaps more of its ilk will be on their way in 2017. 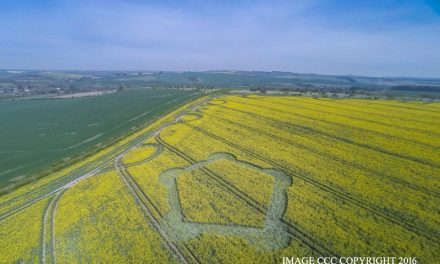 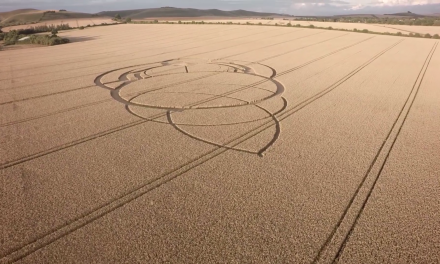 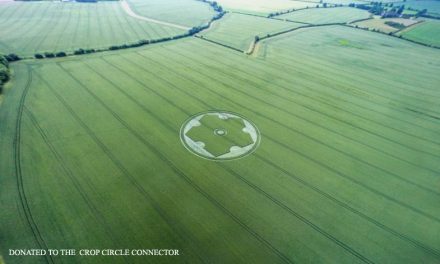