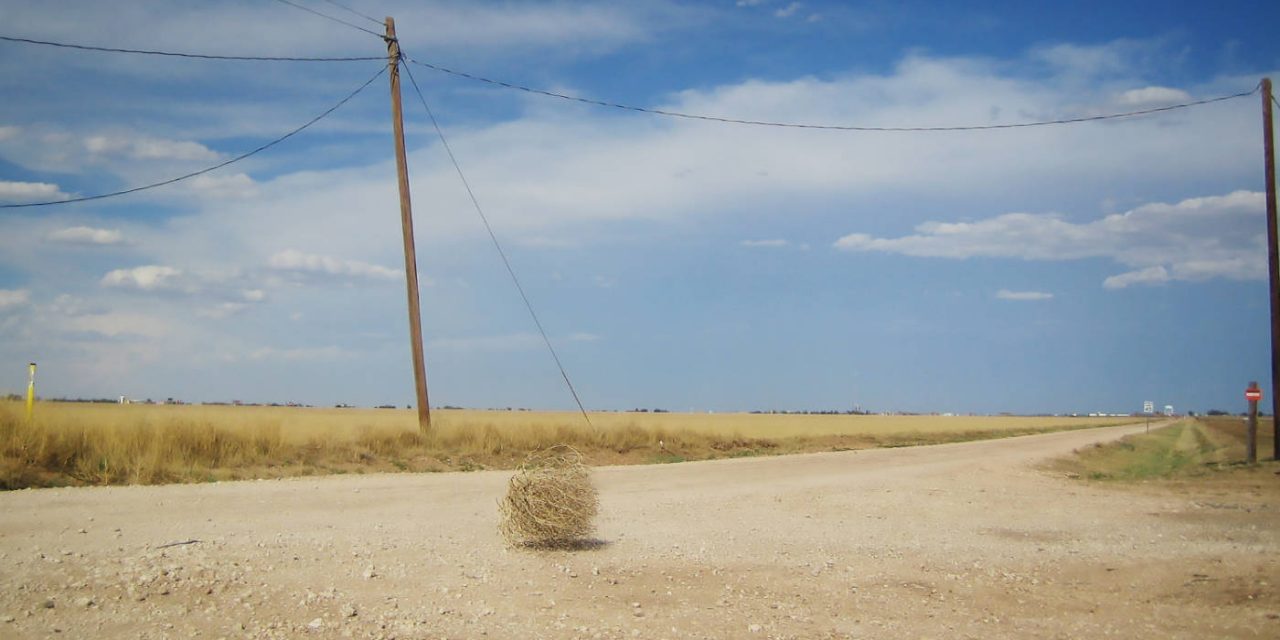 But who, exactly, has outed whom? 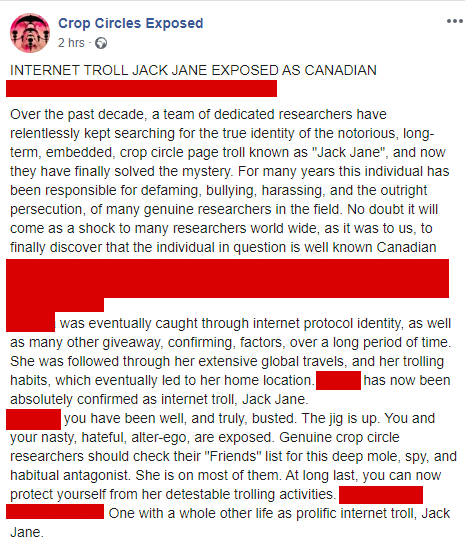 The name of Jack Jane’s supposed real identity has been redacted, simply because The Croppie really cannot be bothered to libel someone who may have had the finger wrongly pointed at them.

From what has been published, it seems the persona has been traced by what is believed to be her IP address. It resolves in part of an extremely large conurbation, not massively far from where the alleged person lives in real life. It’s hardly ‘absolutely confirmed’ her identity.

However, what’s odd is that by sharing the story, the Crop Circle Challenge‘s Janez Ferjancic managed to out the person who runs Crop Circles Exposed. Ahhh.

Of course, the Challenge page where fake accounts are decried now has fake accounts running their mouths about the person said to be Jack Jane. All this over an accusation about an ‘internet troll’ by another ‘internet troll’. Whatever. This is quite a step down from the Daily Mail stories we were expecting to be reading about the crop circle world. Next we’ll be hearing that the Facebook poster known as Miles Challett is Charles or Nick or Terry or Trystan or Steve.

The Croppie will be back soon with the full secrets of playground skipping, hopscotch and bogey flicking. Maybe someone might give a damn about those things. 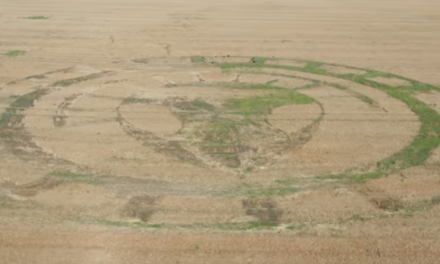 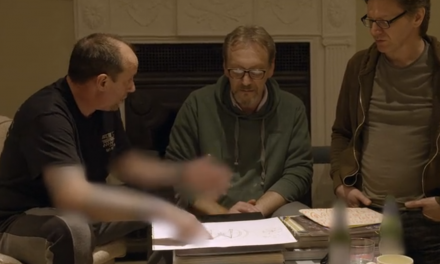 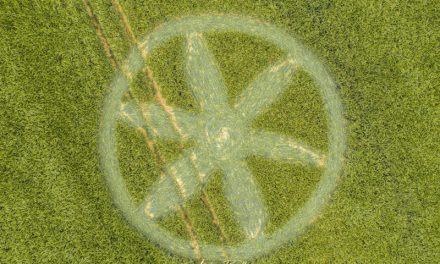