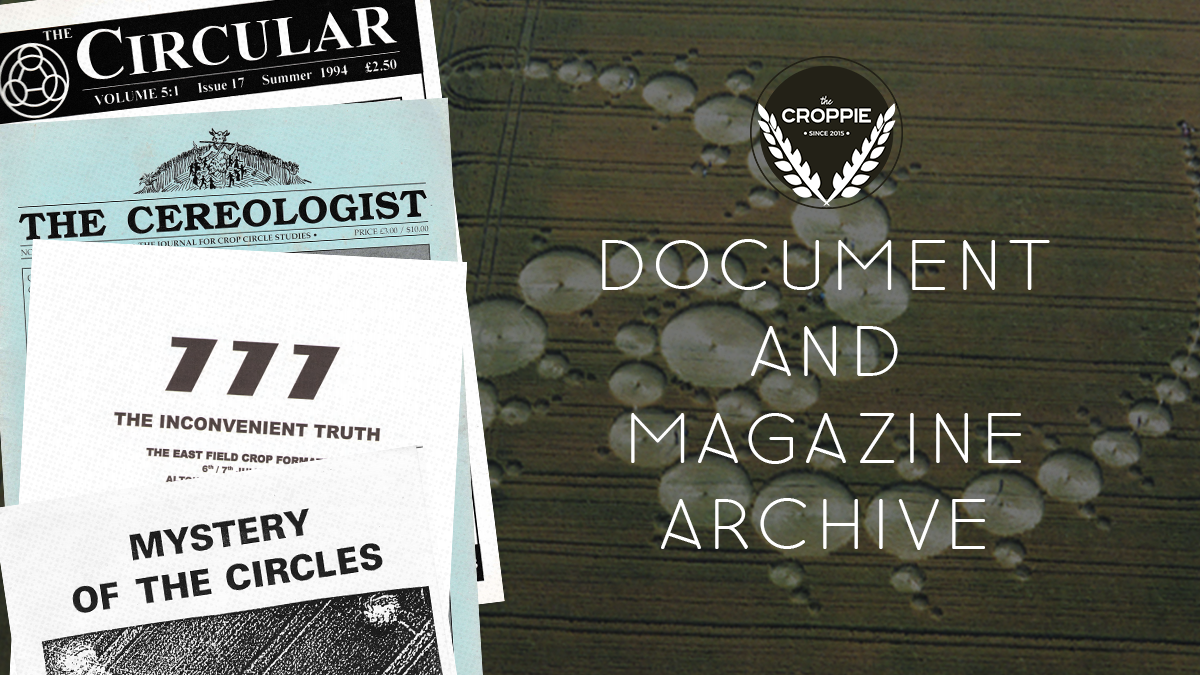 A succession of periodicals have covered the crop circle phenomenon since it captured the public imagination during the 1980s. Some were specialist whilst others carried more of a ufological or general paranormal themed slant. Thanks to Archives for the Unexplained, Isaac Koi and Darren Francis The Croppie has begun assembling a collection of these publications. The sometimes wacky ‘journal of Contact International’ possessed strong links with the Oxford Centre for Crop Circle Studies, so whilst primarily a UFO newsletter Awareness contains some interesting reading. 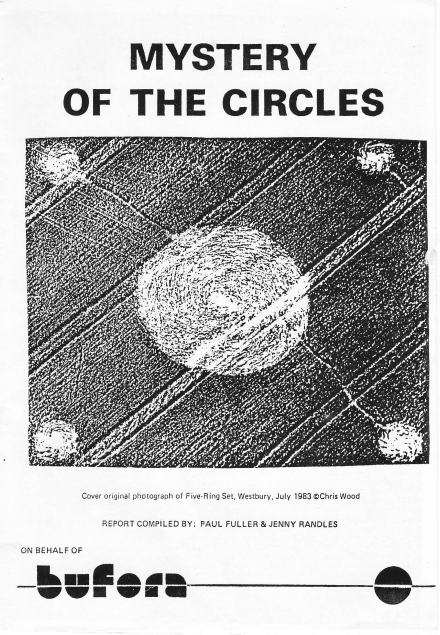 The British UFO Research Association’s profile has hugely dipped in the 21st century but during the 1980s and 1990s it produced some good material on crop circles thanks to the efforts of Paul Fuller and Jenny Randles. Both are important figures in the history of the phenomenon and Fuller established himself as a vocal sceptic willing to fight his corner. 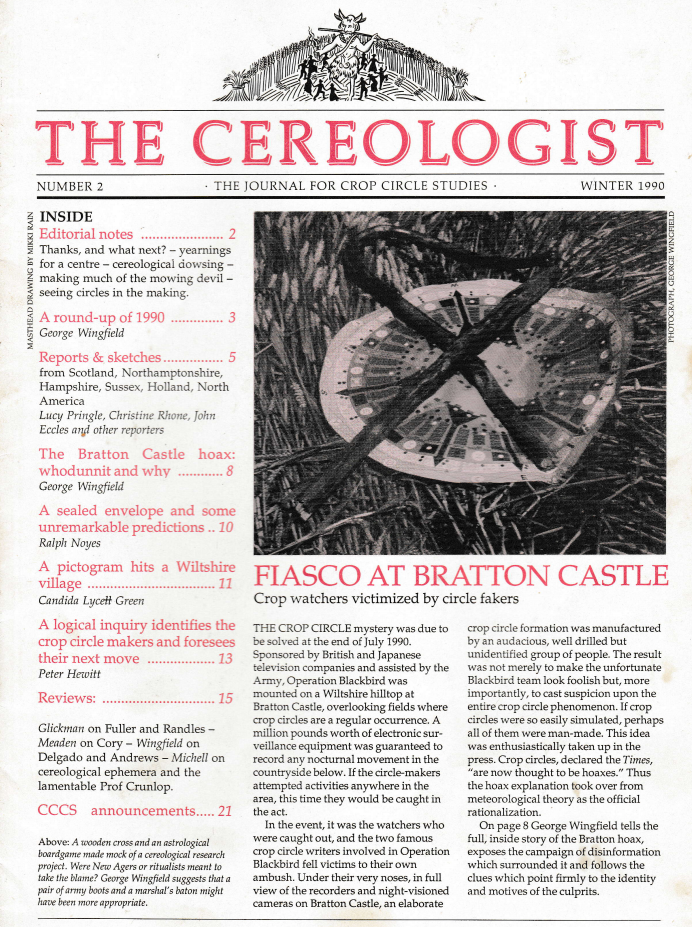 The Cereologist was launched as the internal journal of the Centre for Crop Circle Studies and gained independence after just two issues. Editors included Earth Mysteries legend John Michel and conspiracy minded croppie George Wingfield. Although subject matter tended to drift in the final years of the magazine’s existence, it remains the finest example of a crop circle publication. Note the name drifted between two alternative spellings of the title.

Be warned that some of the downloadable PDF files are large. 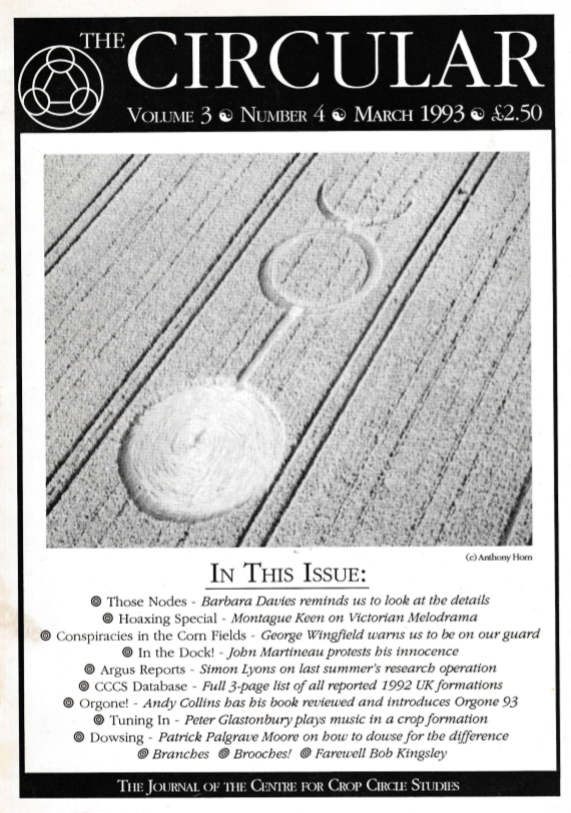 The in-house journal of the Centre for Crop Circle Studies. These files are rather large. 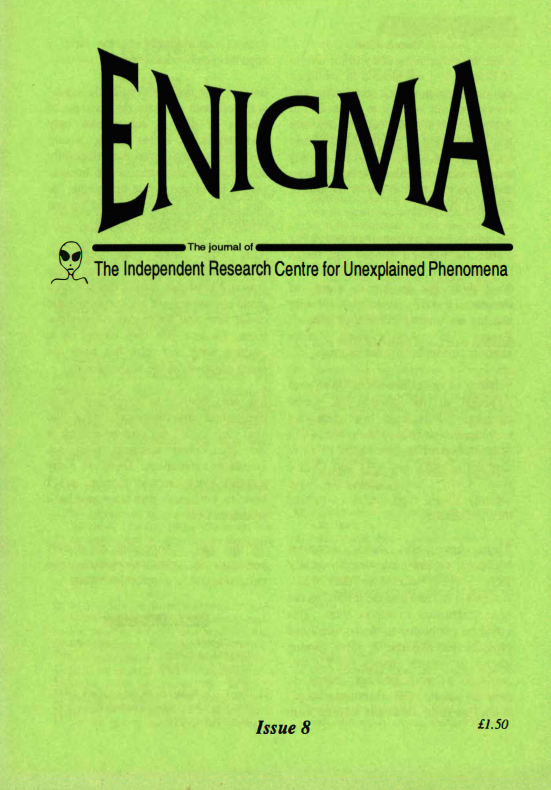 Magazine of the Independent Research Centre for Unexplained Phenomena run by cerealogist the late Paul Vigay. Crop circles tend to feature heavily in many of the issues alongside other Fortean and anomalous phenomena. 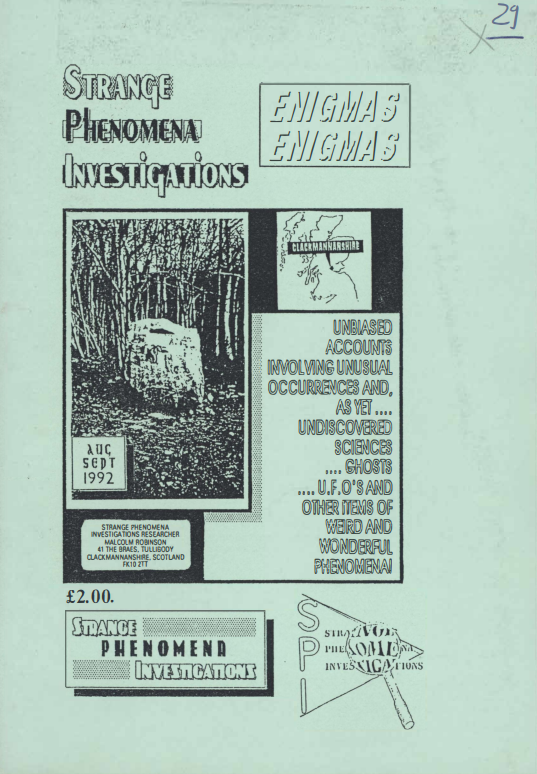 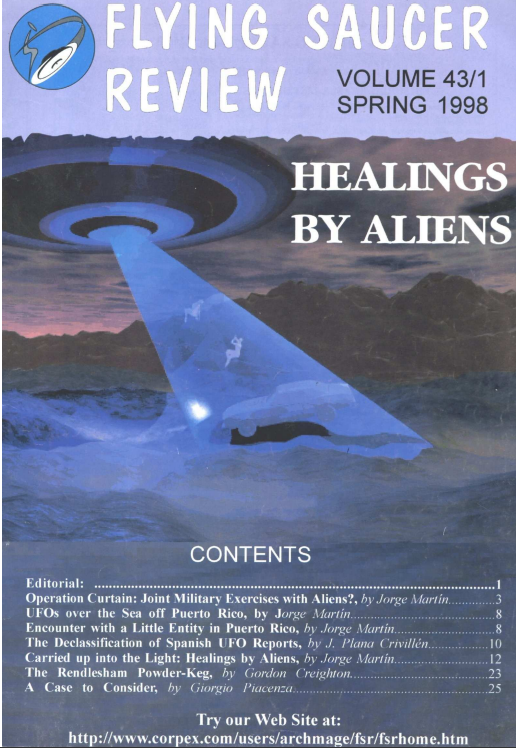 Gordon Creighton’s popular but outlandish UFO journal proved central to the early days of cerealogy, bringing coverage of the phenomenon to the flying saucer community. Contributors included Pat Delgado, Busty Taylor, George Wingfield and Colin Andrews, all of whom toyed with paranormal explanations for the circles. 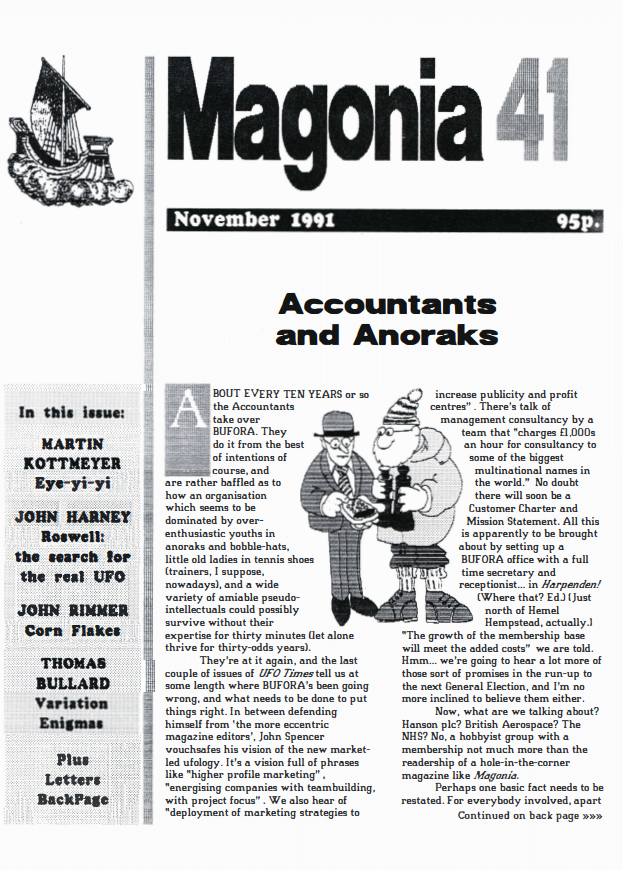 Legendary, wonderfully opinionated publication covering all kinds of weirdness … a bit like Fortean Times with attitude. Issues relevant to the crop circle phenomenon are featured here. 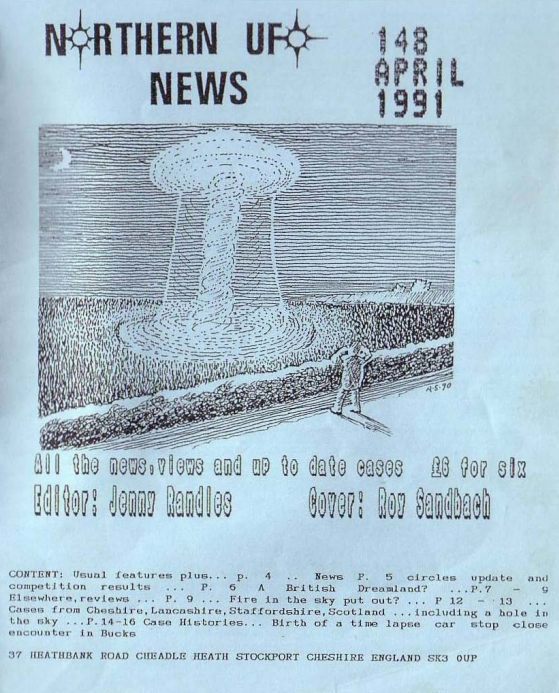 As well as being a leading British ufologist, Jenny Randles was a cerealogist in her own right, working with colleague Paul Fuller on at least three books on the crop circle phenomenon. Northern UFO News was Randles’ home produced newsletter focusing on the hot issues within domestic ufology. Issues with circles related material are reproduced here. 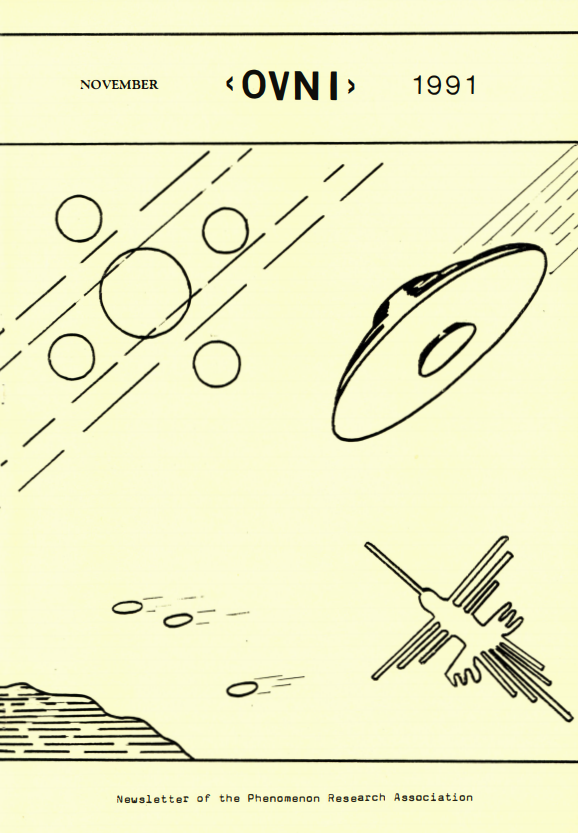 Produced by the late Omar Fowler, OVNI was the understated but surprisingly engaging journal of East Midlands based Phenomenon Research Association. Only issues relevant to the circles phenomenon are included. Also featured is the unfortunately named report ‘Crop Circles: The Final Solution’, notable for featuring a quasi-meteorological explanation for the circles as late as 2005! Didn’t that nonsense disappear in 1991? 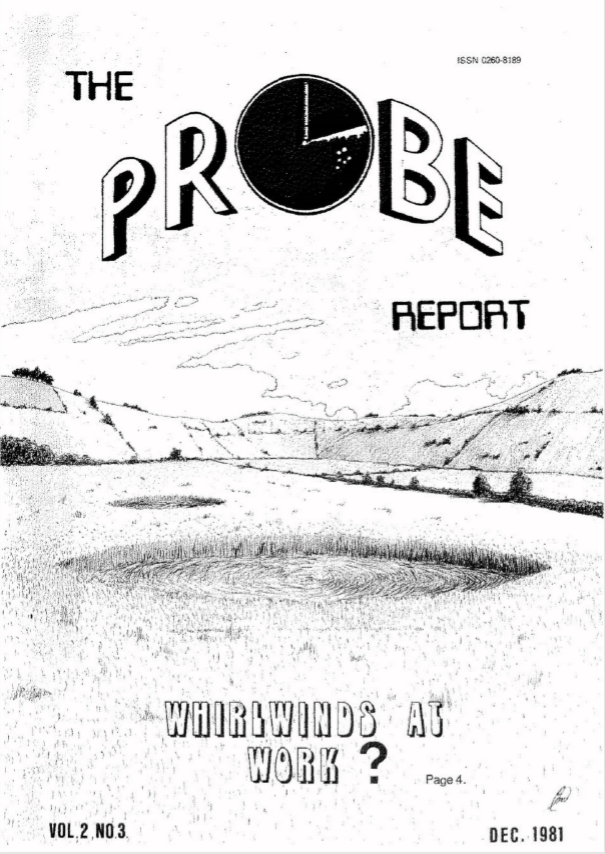 The journal of Bristol UFO group NUFOR (SOUTHWEST) which investigated crop circles found at Westbury, Wiltshire during 1980. Coverage was subsequently given to the whirlwind theories of Terence Meaden before the group moved towards supporting the human-made-circles hypothesis. Issues featured are those which include crop circle related content. 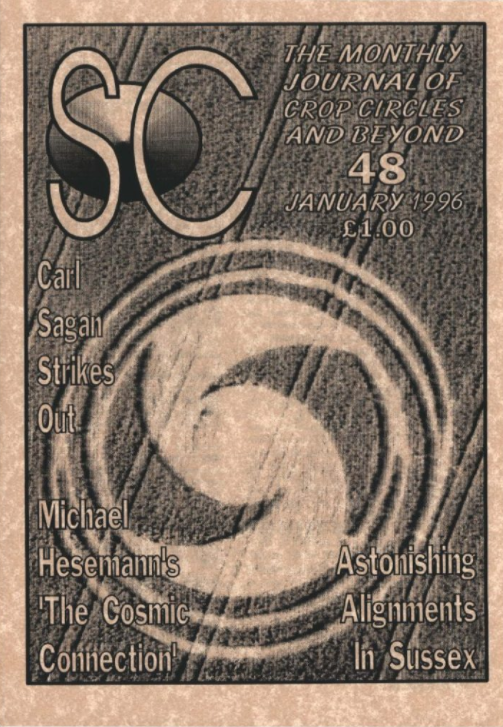 Edited by Andy Thomas, SC was a monthly newsletter exploring the circles and their associated politics from both a local and national perspective.

: Anonymous, Anti-Capitalist and Awe-Inspiring: Were Crop Circles Actually Great Art? : by Benjamin Myers, The Guardian, 5 May 2022

: Crop Circles — Do They Have a Future and Did They Have a Past? : by Paul Fuller and Jenny Randles, New Ufologist issue 1, 1994.