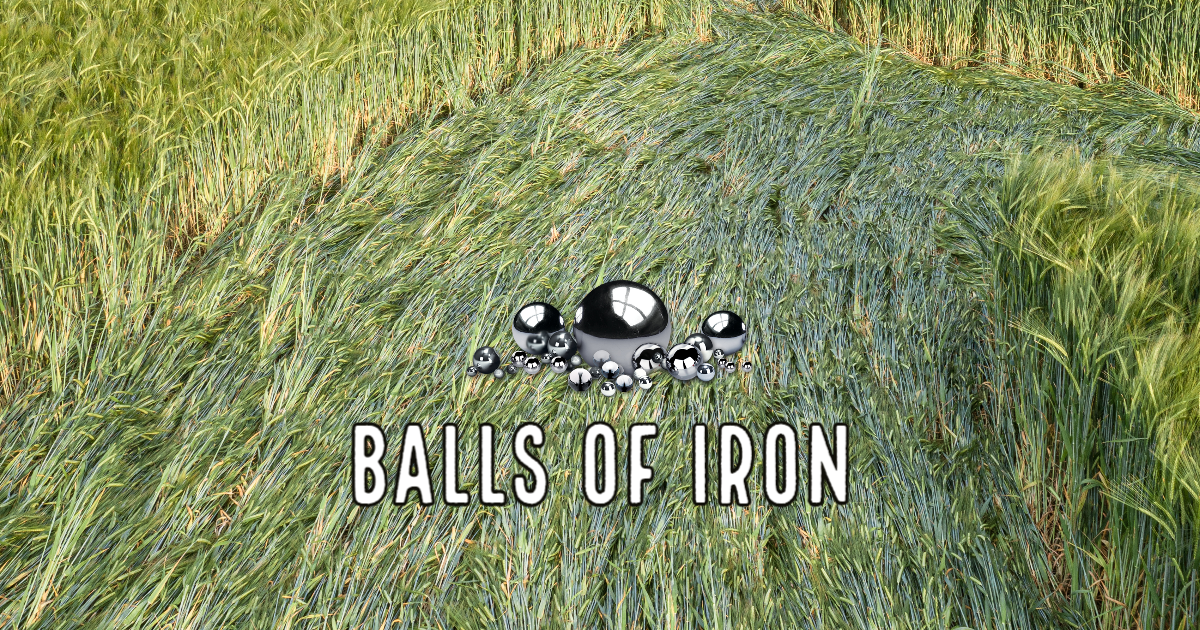 The Croppie recently heard of ‘iron balls’ being found in a crop circle. Whilst some way off the mark it is at least a nod in the right direction to the H-Glaze episode that began in 1993. Here’s more…

On 31 August 1993 cerealogist Busty Taylor discovered two previously unreported yet harvested circles in the vicinity of Cherhill Wiltshire. Due to a shortage of time Taylor was unable to enter the cut circles until 2 September and was accompanied on his visit by croppie Peter Sorensen.

Closer examination of the neighbouring circles produced a weird discovery: ‘a strange dark grey dust that was deposited in the centers of some of the swirls.’ 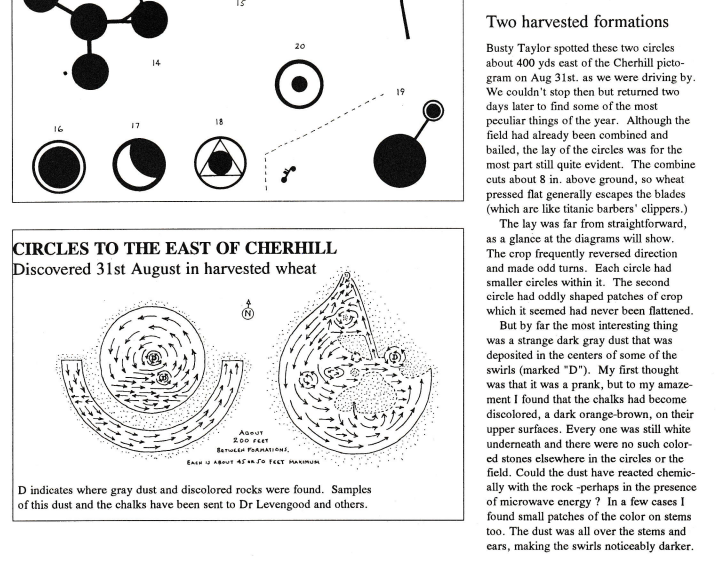 Peter Sorensen’s initial report of the unusual find in The Cereologist magazine #10.

Sorensen described the dust as ‘nearly black, with particles of what looked like fine soot.’ He continued, ‘Exploring the ground itself for signs of the dust I noticed that it was in fact sprinkled on the rocks and [chalk in and on the soil] … The chalk appeared to be coated with something resembling a reddish-brown, dull, ceramic glaze. There were hundreds of such coated rocks in all, but NONE outside the smaller swirls that lay inside the main formation … The second formation about 100 meters away also had two smaller swirls inside it which possessed some dust and coated chalk, but not much.’

Sorensen collected samples of the wheat and dust and sent them on to John Burke and supposed biophysicist William Levengood of BLT Research in the United States.

Levengood’s analysis of the samples caused him great excitement. The ‘glaze’ — to be infamously christened ‘H-Glaze’ — consisted of numerous tiny spheres that had been ‘partially-fused’ by high temperatures. These were magnetic and contained hematite and magnetite.

Levengood concluded the dust was composed purely of iron and oxygen, This was apparently unusual as had the dust come from the soil it would have contained traces of silicon and calcium. Taking a remarkable leap in logic, Levengood and Burke therefore concluded the dust could not have been of terrestrial origin. It had been, the pair decided, deposited in molten form during August 1991’s Perseid meteor shower.

In edition 23 (Autumn 1994) of The Crop Watcher, Paul Fuller elaborates:

In their preliminary report Levengood and Burke go into great detail about how the surface of a meteorite would become molten as it enters the earth’s atmosphere. During this state the outer surface of the meteorite is blown off and solidifies into tiny spheres that oxidise (rust) and fall to earth. Somewhat conveniently this process is said to take days or even weeks.

Levengood and Burke hypothesize that this dust was released during an unusually intense Perseid meteor shower, which apparently peaked nearly two weeks earlier.

Burke and Levengood went even further in their full report within the Journal of Scientific Exploration (1995, Vol.9 No.2), suggesting the discovery of the supposedly meteoric dust presented ‘rare, direct evidence for a theoretical model of crop [circle] formation — the plasma vortex — that had previously been indicated only in an indirect way.’

Had a downward heading plasma vortex ‘intersected and captured meteoric dust along the way, which in turn was maintained or heated back to a semi-molten state by the microwaves of sub-vortices which carried it to the ground, with its subsequent crop flattening energies?’ Burke and Levengood certainly seemed to to think it was possible.

In the summer of 1994 John Burke received a letter from one Robert Irving, a photographer and circle maker. It advised of a forthcoming exhibition at The Agency Gallery on London’s South Bank and one specific piece he had produced with fellow circle maker John Lundberg, ‘Fe3’, that

will comprise a museum style glass cabinet with text displayed on the glass. Inside the cabinet, beyond the text, will be a standard Oxford University chemistry laboratory bottle containing fine-grade iron filings. This bottle was originally addressed, labelled, and postmarked to correspond with the crop formation which constitutes the subject of your report … and will be displayed in it’s original state. Remaining samples of the ‘grey dust’ will also be shown. All text will be fully credited to you, citing the tests and conclusions of Dr W.C. Levengood. The context of the piece can be loosely summarised by the following theoretical equation: If science is incongruous to mysticism, and the mystical is represented through art, should ‘bogus’ science be elevated to an art form? Certainly the gallery concerned seems to think so, and our fingers feeling the pulse of a growing trend towards millenialist awareness would seem to confirm this.

So Burke and Levengood had been duped. The ‘dust’ they had analysed consisted of very fine iron filings rather than meteoric dust. None of this explains how the filings could have oxidised without heat, although you only need to remember the science you will have learnt at a young age: water causes iron to rust. Indeed, the Circlemakers,org (of which Irving is a member) website makes it clear that the formation of H-Glaze was ‘merely the result of iron oxidisation, which occurred after heavy rain’ at the site of the crop circle. They would know.

Cerealogical history shows us that many croppies are unwilling or unable to part with their sacred cows. Levengood and Burke were reluctant to engage with Irving and held to their H-Glaze and plasma vortex.  Independent analysis would be needed to settle the matter.

One initial supporter of BLT Research was Rodney Ashby of the Xtstreamscience.org website. In 2001 he produced an analysis of H-Glaze (based upon samples collected by Peter Sorensen, Busty Taylor and croppie Nick Riley) that was supportive of the meteoric dust theory. However, having subsequently followed that controversy that encompassed the stand-off between Irving and BLT Research, Ashby was prepared to reassess the evidence and conduct his own research on samples of Irving’s iron filings.

1. He discovered the filings were ‘very specialised’ and not the easily recognisable metal shavings you would expect to find inside classrooms. Instead, these possessed an unusual ‘very fine texture’ and ‘appeared to be identical to those observed in the H-Glaze.’

2. Unsurprisingly, Ashby’s analysis concluded that wet weather could cause Irving’s iron filings to oxidise in a manner consistent with that of the original H-Glaze samples. Irving had earlier admitted that he had made the crop circles with the iron filings contained inside a paper bag. A drizzle made the bag wet and slowly disintegrate. The filings subsequently began to rust.

In spite of Ashby’s findings, BLT Research refused to back down on their H-Glaze beliefs. Neither Levengood or Burke are still alive although their subsequent rebuttals to Ashby remain online and have not been withdrawn by their colleague Nancy Talbott.

Paul Fuller’s analysis of the full report (from The Crop Watcher, No.23, Autumn 1994: https://ufologie.patrickgross.org/htm/cropbltfe3.htm 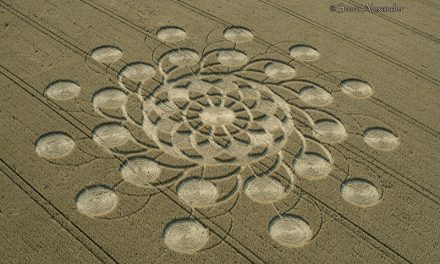 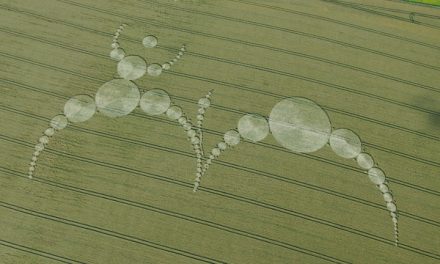 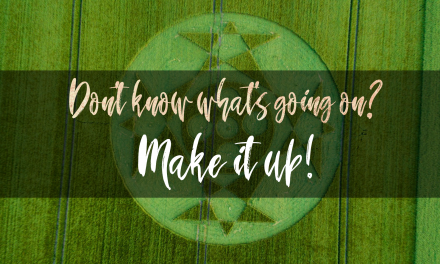