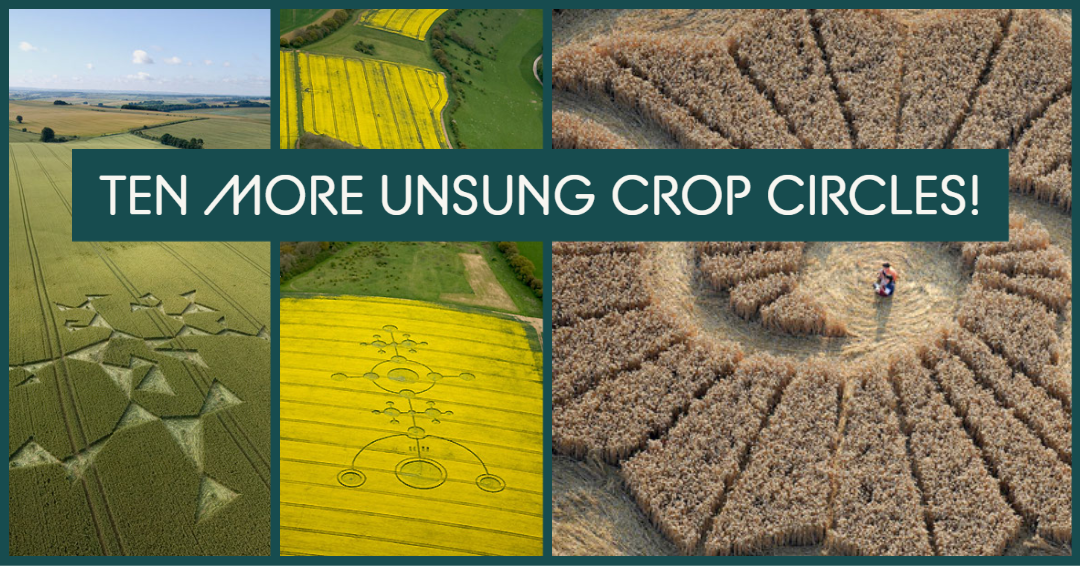 In 2020 The Croppie published Thirteen Unsung Crop Circles. At the time it seemed a wonderfully appropriate number to choose for those unfortunate circles that found themselves condemned to the misty realms of vague memory and cerealogical obscurity. In hindsight, thirteen just wasn’t enough.

So, here are ten more crop circles that really deserve better than the hand they were dealt by the fickle gods of croppiedom.

In no particular order… 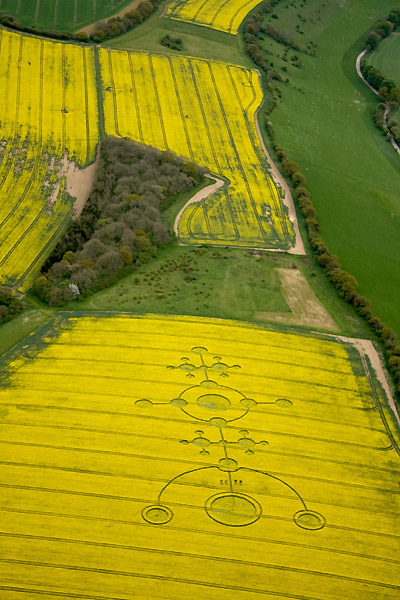 ‘Who remembers any formation made in oilseed rape?’

The Croppie was once asked this rhetorical question and it’s tough to argue. These circles appear in April or May, typically before the days become pleasantly warm. They noticeably lack the detail of their relatives made in wheat and barley. They’re also not overly popular to visit; oilseed rape flowers smell sickly, the pollen is a common allergen and clings to every item of clothing it comes into contact with. Despite all of this, there are some formations made in oilseed rape that should have earned way more attention than they did: this example at Clatford from 2009 is striking, bold and ridiculously large! 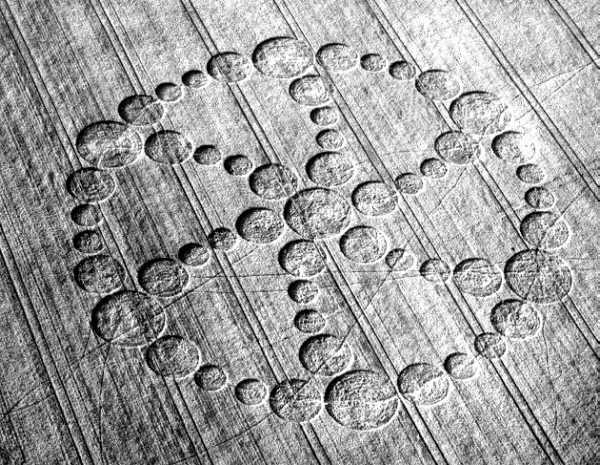 Little over a year later, the Milk Hill ‘Galaxy’ formation arrived in the crop circle heartlands of Wiltshire. Perhaps it is sheer coincidence, but the two circles do appear to have a construction style in common: a perimeter and arms consisting of nothing but circles. Of course, the ‘Galaxy’ was in a better location (both aesthetically and geographically), at least double the size and emblazoned with flourishes. Combined, these factors enabled the ‘Galaxy’ to grab the public’s attention and become a crop circle icon. By contrast, it’s smaller cousin has remained largely unnoticed, unloved and underappreciated. 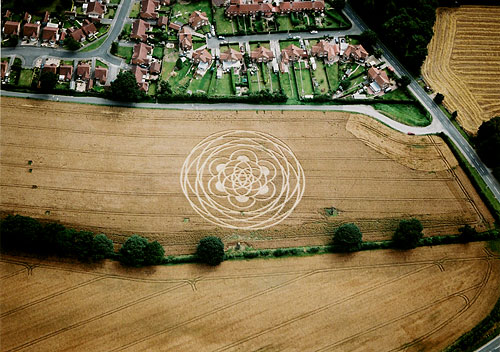 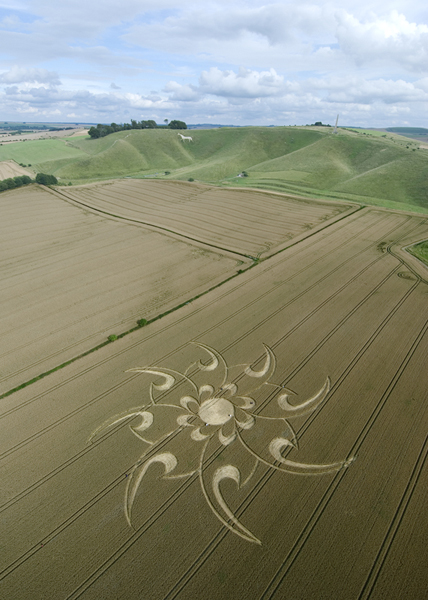 2008 was a truly great season and produced a glut of fantastic circles. As inspirational as the legendary ‘Pi’ formation at Barbury Castle was, or as graceful as the ribbons at West Kennett Long Barrow and Lockeridge were, they weren’t alone in their exceptional quality.

One circle that should be better remembered is the set of eight spinning ‘claws’ situated under the White Horse at Cherhill in Wiltshire. Perhaps the formation was blighted by its aggressive spikiness in a year where elegance seemed to dominate. No matter, The Croppie thinks it’s great! 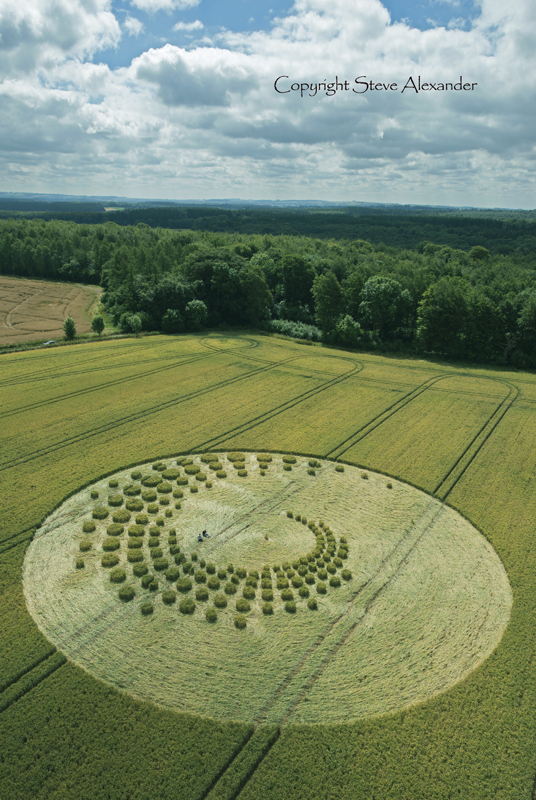 A circle that seemed unfairly doomed to obscurity from the start. To begin with, it was quickly cut out by the farmer. Then, when a precious few photos did appear, some drew comparisons between the swirl motif and the design on a Redken shampoo bottle. Others disliked the spacious minimalism of the design.

The Croppie was one of those who thought it refreshing to see a crop circle so different to anything else on offer at the time.

Perhaps it’s one of those weird coincidences but it didn’t go unnoticed that the same use of small, standing circles of crop subsequently appeared in a paid commission for Ardbeg Whisky. The Forest Hill circle, in these eyes, is easily the superior of the two. 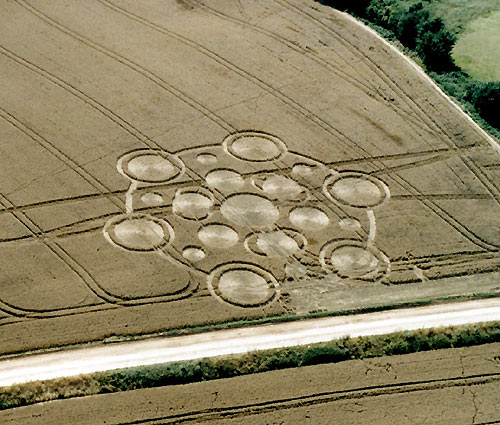 This well constructed formation wouldn’t have looked out of place in Wiltshire when it was first put down, but instead it was consigned to the relative circle wastelands of Buckinghamshire. Sadly, an unhappy farmer partially defaced the circle before croppie Andrew King was able to grab some aerial photographs. What could have been remembered as a decent formation is now all but completely forgotten. 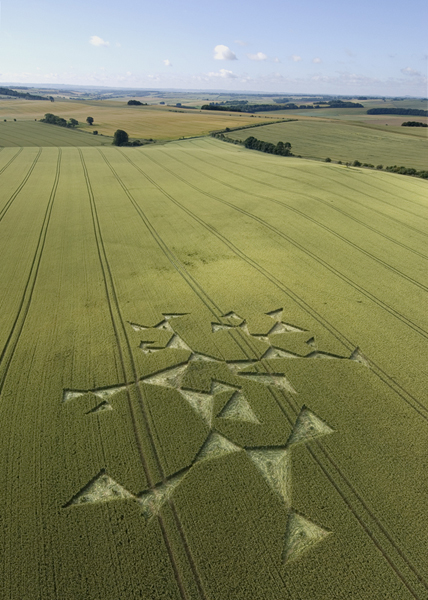 Many people seem to expect crop circles to fit into certain expectations. For example, some people believe a ‘good circle’ should be symmetrical or contain elements of sacred geometrical form. Yet every now and again a formation comes along that challenges the very essence of those boundaries. This — from the Wiltshire-Oxfordshire borderlands in 2008 — is definitely one of those.

What is it? It could be viewed as a bunch of triangles placed either randomly or deliberately, but at least one commentator suggested the formation may be a fractal. Whatever, it’s very well constructed and even if it doesn’t deserve more love it certainly merits more appreciation. 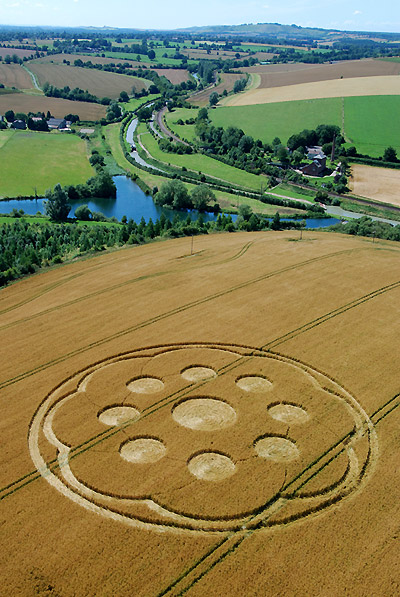 Graceful, vaguely floral and beautifully positioned close to the banks of the Kennet and Avon Canal, this circle (a rare formation made in oats) was blighted by its own minimal simplicity. It’s truly adorable. 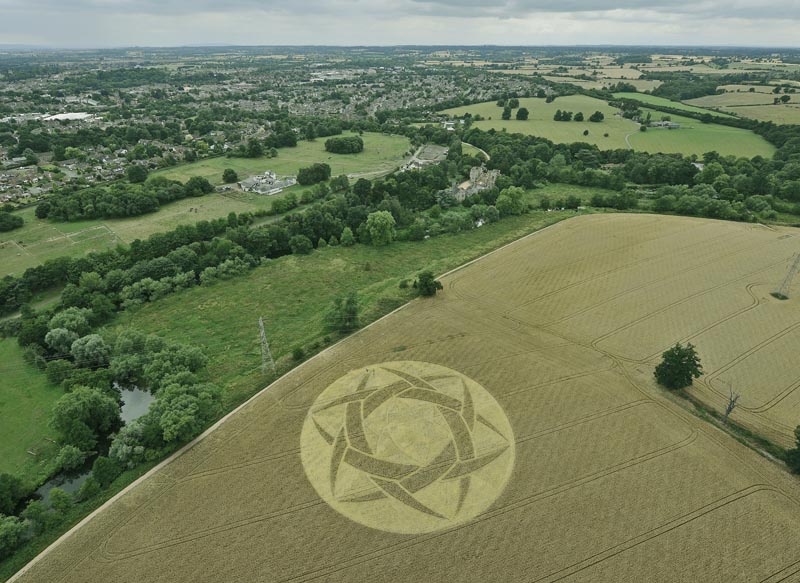 A six-fold geometric knot with a centre that contains a replica of the main design flattened into the lay. 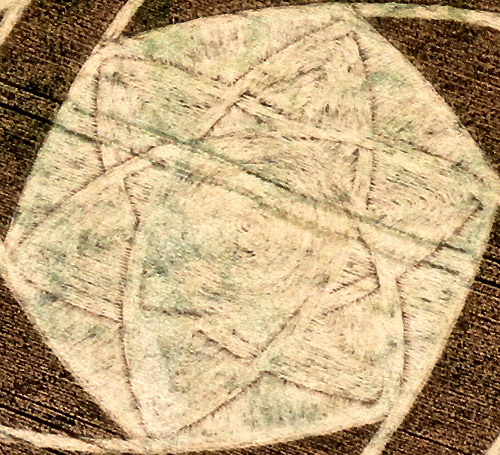 It’s a fantastic circle but yet another that passed largely unnoticed due to its location: Warwickshire in the Midlands, a good seventy five miles or so from the Wiltshire hotspots. 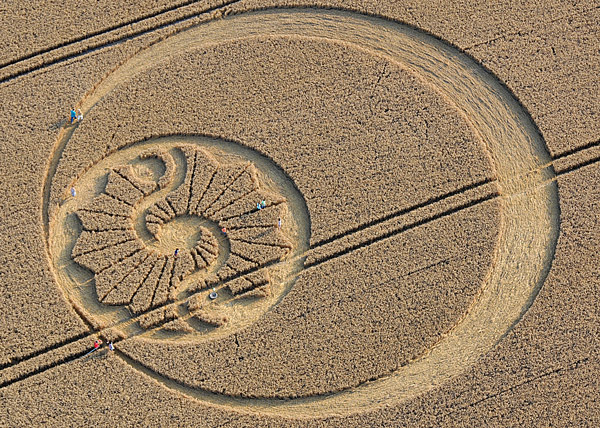 Croppies were really spoilt during the 2010 season although one little, beautifully minimal and thoroughly decent formation seems to have slipped from the memory, despite the Crop Circle Connector rightly labelling it as ‘one of the most delightful small circles ever created’.

Who could find this circle anything other than delightful? Nobody sane, that’s for certain.